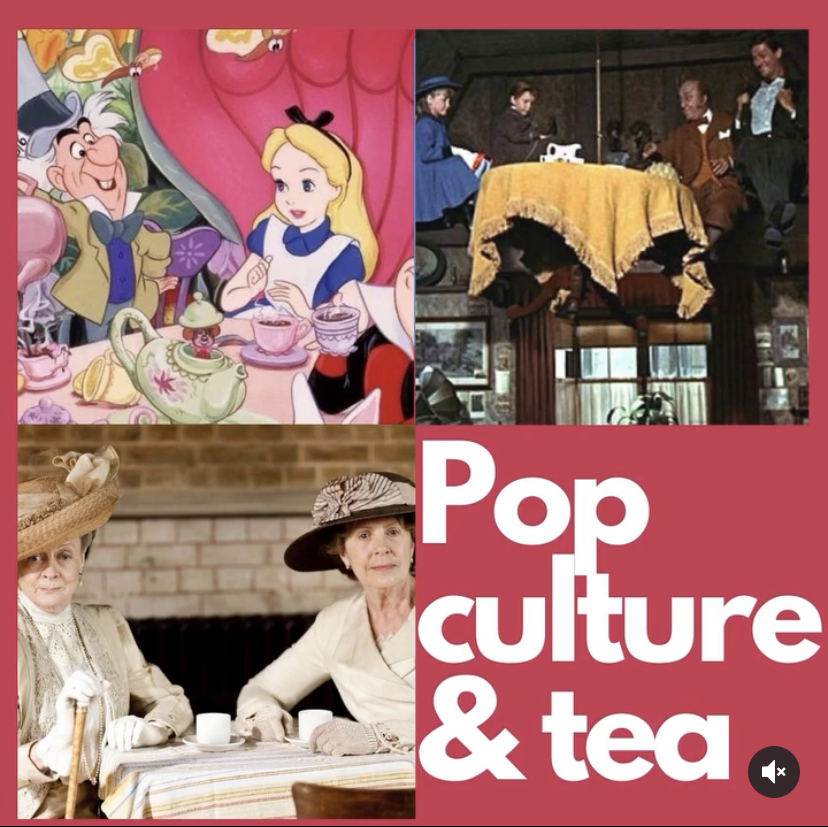 Teatime has been around since the 1800’s and has become a social event that can be seen in various Hollywood films and television shows. Whether you want to go down the rabbit hole on your way to the Mad Hatter’s tea party or sip on Afternoon Tea with the Crawley family in Downtown Abbey, we are walking you through some of our favorite tea references in pop culture. Let’s take a look at a few marvelous on screen tea moments where tea is either being brewed, boiled, served, passed around, or used as a prop to convey something funny, serious or casual that have kept us wanting more tea!

Mary Poppins is a famous musical film that was produced by Walt Disney in 1964. The famous Tea Party at Uncle Albert’s is a tea scene to remember. When Mary takes the children to visit her Uncle Albert, they drink a cup of tea that makes them float to the ceiling. Mary does the only sensible thing and brings tea up to join them. They then enjoy a practically perfect tea around a floating table dressed in a yellow tablecloth. This magical tea party scene is filled with joy and fantasy.

Whether you are watching the 1951 animated film, or the 2010 live-action fantasy, The Mad Hatter’s Tea Party in Alice in Wonderland is an event that is not to be missed. It is always tea time in Wonderland! This scene is the main event of the film and the reason why Alice goes on the adventures she does as she encounters the White Rabbit on his way to the tea party. The Mad Hatter’s tea party remains one of literature’s most psychedelic gatherings, leaving readers wondering if March Hare has filled the cups with something more than just tea.

Tea made an appearance in pop culture in English singer and songwriter Adele’s music video for her grammy winning song, Hello. Adele, a United Kingdom native, pours herself a cup of tea in the Hello music video to soother her broken heart and this totally stirred the pot, no pun-intended. Fans were outraged at the way Adele prepared her tea which caused quite the uproar among her British fans. She is shown boiling the water and proceeds to pour the hot water and then add in a teabag, which is where the controversy began. In the U.K., it is traditional to steep your tea bag in the hot water prior to pouring your glass. She has since come out and said that she is not the one that made that cup of tea. She said, “I like to brew the tea bag, add a bit of sugar, bit of milk, stir it, stir it, stir it, ring it out, put it wherever you want.”

It’s no secret that Sweet Tea is a popular drink in the South. Sweet tea is consumed throughout the 1989 Comedy-Drama film, Steel Magnolias, which takes place in Natchitoches, Louisiana. Dolly Parton’s character, Truvy Jones, famously refers to sweet tea as “the house wine of the South.” Refer to our post on Iced Teas for a Southern Sweet Tea recipe.

If you are into period dramas, then there is no doubt you have watched PBS’s Downtown Abbey. The show takes place in the early 1900s as it follows an English aristocratic family in a fictional town called Downtown Abbey. During this time in England, teatime was a popular ritual that was served in various different settings. Throughout the show, we see the characters gather for deluxe Afternoon Teas and High Teas. It’s no secret that the British loved to indulge in teatime, which is why it became such a huge social event and is expressed that way throughout the show.

Gossip girl is full of tea, and not just the spilling kind. In Season 2, Episode 23, the characters visit the Russian Tea Room that is full of tea. From gossip spilling, to tea sipping, this episode is the perfect example of the social expectations that come with tea ceremonies. Aside from this episode, there are numerous other scenes where characters like Blair Waldorf share an intimate cup of tea together in deep thought and discussion. 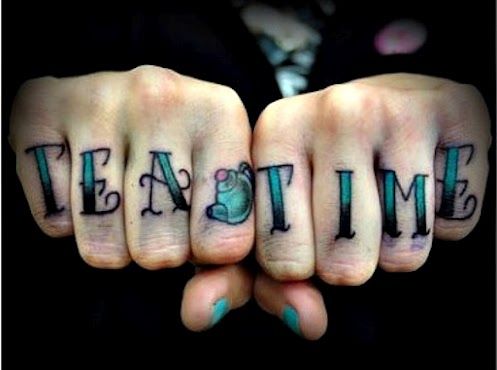 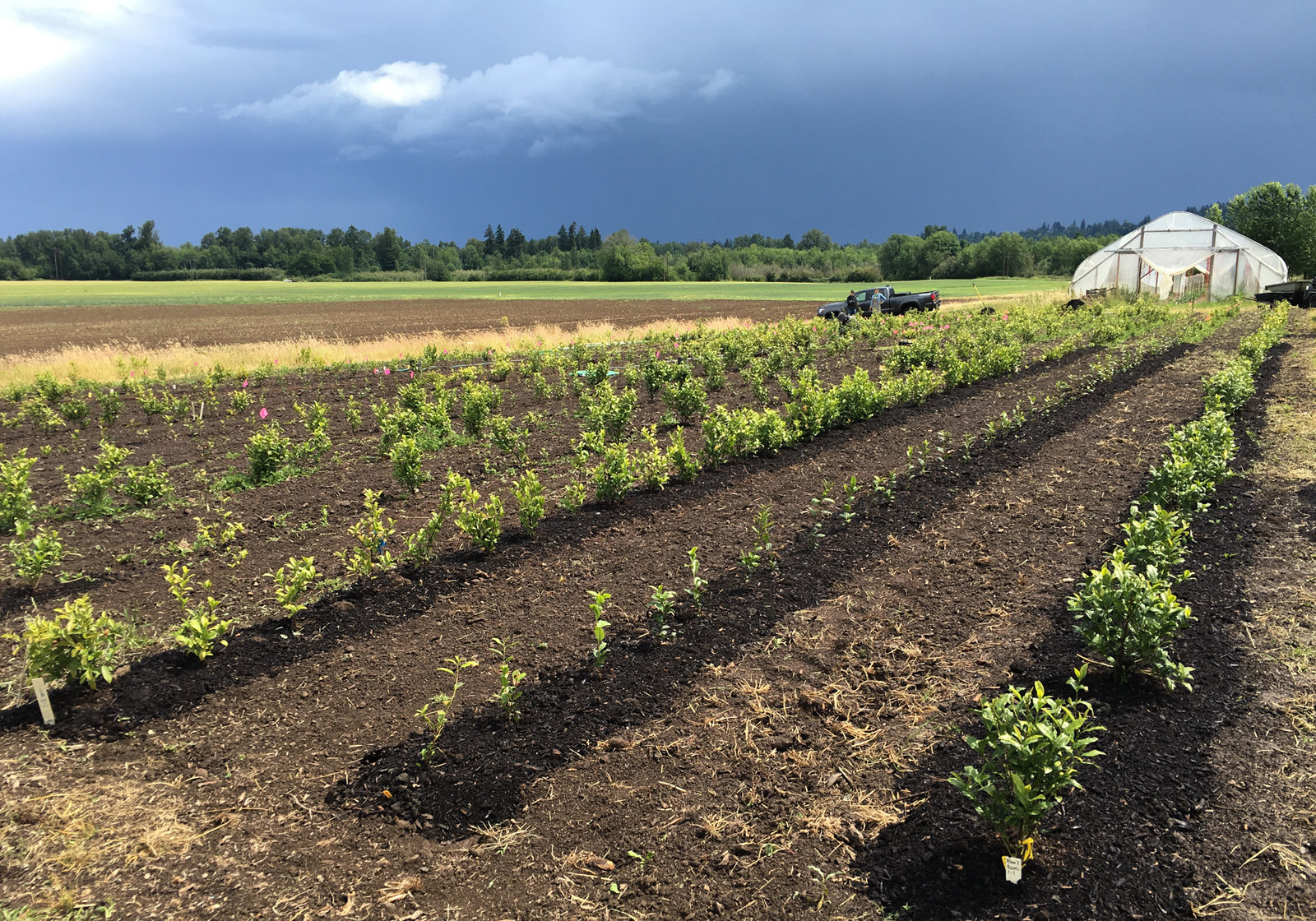 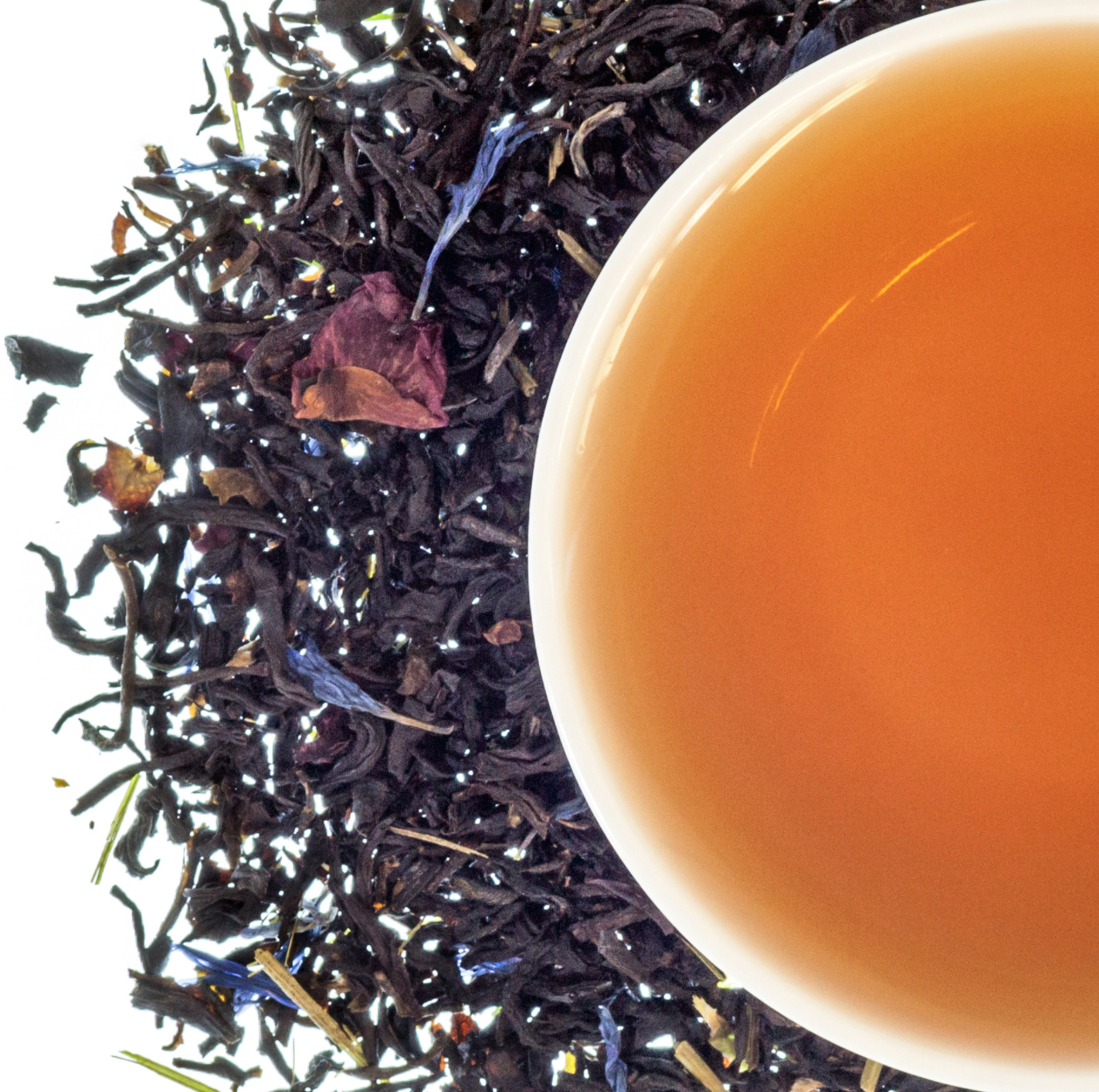