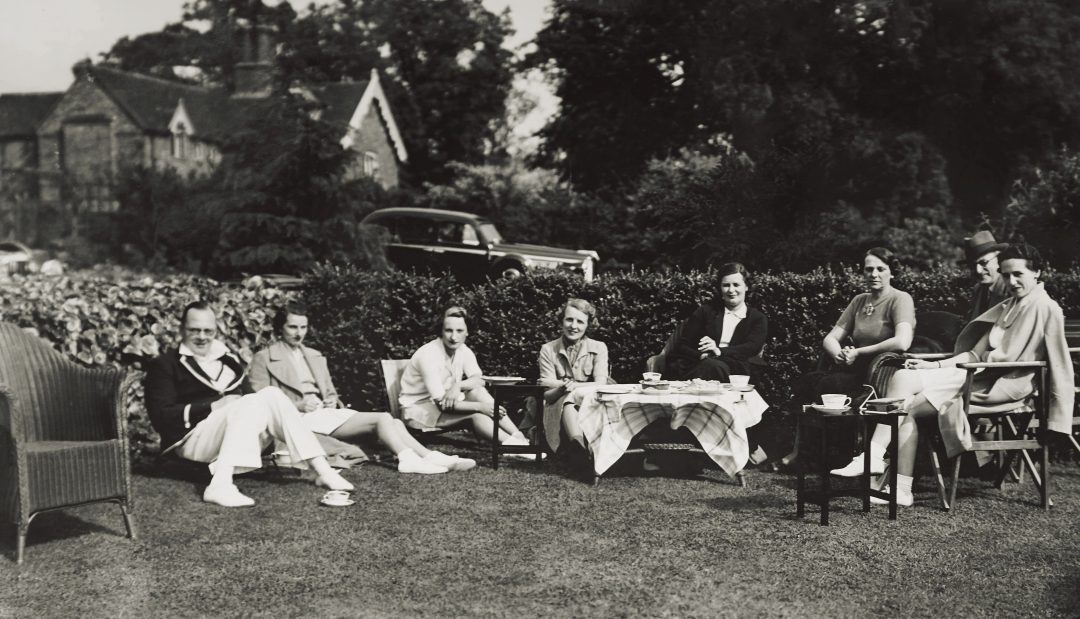 Are you looking to take your tea party up a notch? Step into the world of the past and enjoy historically accurate tea party traditions to add the perfect details to your next gathering. Many of our modern-day tea rituals come from Europe, which is why we’re exploring some of the top ways that you can make your tea party one to remember. Read on to learn about some of the top European tea traditions that you can include in your next gathering today.

While European tea traditions are extremely popular and present in many of the United States tea traditions in 2022, there is also a heavy Eastern influence from the Asian and Middle Eastern regions, islands, and nations.

What are European-inspired Western tea traditions?

Below, we’ve listed some of the more prevalent European influences that you can find or add to your next tea party gathering.

There hasn’t always been a history of delicious snacks served at tea time. While there may have been other instances of food being served alongside hot or iced teas, the tradition was largely attributed to having been started by the Duchess of Bedford, Anna Maria Stanhope, in 1840. The entire design of this shift was to clearly differentiate a time between lunch and dinner meals that would allow tea-takers to rest and recharge with food and drink. There was also a heavy influence from the European concept of hospitality, as it gave hostesses and royalty a chance to show off their lavish wealth and gilded sets.

In present-day America, there’s a good chance that you’re already incorporating snacks into your tea-time routine — especially if you’re hosting a large gathering or tea party. However, it’s likely that you’re looking to go a little “bigger” and “better” for your next event. It may be time to toss the cucumber sandwiches and dive into these tea-inspired eats, like these delicious matcha-infused tea desserts.

Looking for the ultimate guide for the perfect tea time pairing? Check out our guide to tea-food matching.

2. Timing of tea: Have you tried “elevenses”?

Looking for a morning with more of a kick? Host a caffeinated tea and coffee-based “elevenses” — a cultural British refreshment hour between breakfast and lunch, featuring a hot or iced beverage and the company of your closest friends. While there isn’t a specific person attributed to this trend, it is historically shown to have become popular in the mid-1800s. This also aligns with the timeline that teas began to become more diverse and distributed throughout the European region, which began in the mid-1600s and spread more rapidly as transportation channels grew in the 1700s and 1800s.

The concept of elevenses really focuses on the time of day that you choose to indulge and may be a great way for early risers and exhausted folks to enjoy some time to recharge in the midday with their families and friends. You can enjoy a tea party every day with this habitual inclusion! You can make your elevenses more delicious with the addition of a quality, caffeinated black tea blend, or a soothing and energizing green tea to kick off the second half of your workday.

Making tea midday for your elevenses can also be a form of meditation in itself. If you find yourself struggling with anxiety and stress, use elevenses to enjoy a more mindful and present experience through tea making and celebration. Your family and friends will enjoy it too!

The art of decor and seat arrangement at a tea party was emphasized throughout the European tea craze, especially as royalty began to adopt the concept of the then-newfangled tea gatherings. Today, it still is very important and is highlighted as a way to be a more gracious and considerate host. In 19th century Europe, the goal of these parties was to gossip and speak freely. Hosts would set the scene with lavish decorations, arrangements, and crisp white linens to highlight the gemlike tones of the fruits and the natural color of the tea. They would also insist on specific seating arrangements in accordance with the publication from Lady Gertrude Elizabeth Campbell in 1893 — which highlighted the importance of arranged seating to avoid a large circle of chairs in the garden — which would hinder the spread of gossip and good conversation.

Your goal at your tea party likely isn’t gossip. However, in the casual age, you can add a unique touch of tradition by using your best linens, china, and tea sets as you would have in that historical period. You can also feel free to indulge in a little “tea” yourself…we won’t tell!

Looking for inspiration for your table setting and theme? Be sure to check out Hadley Court’s guide to a traditionally decorated tea party!