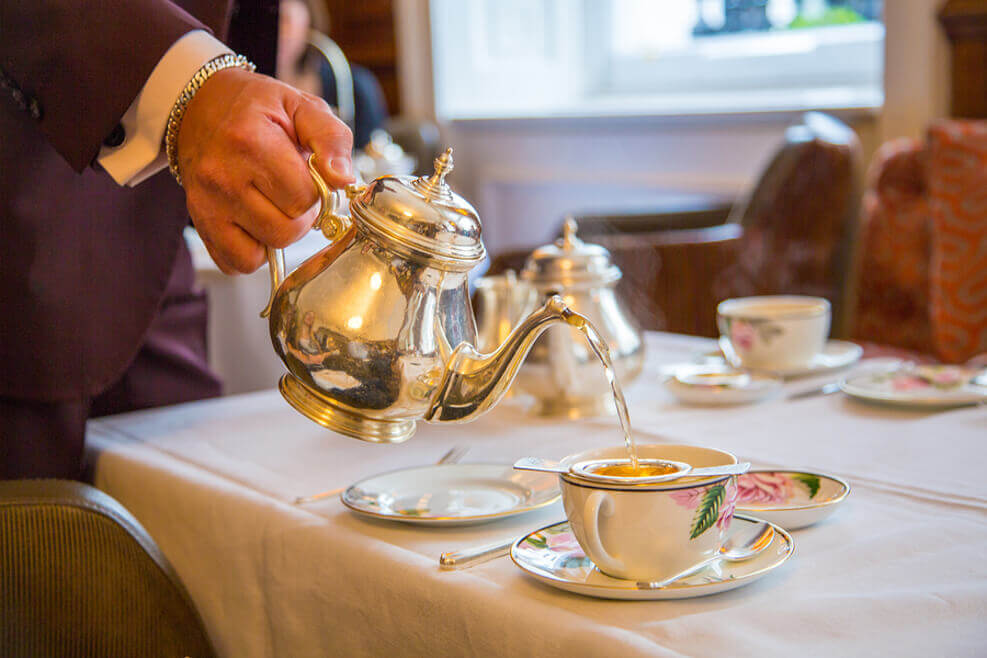 Etiquette, in simpler words, is defined as good behavior which distinguishes human beings from animals. Etiquette refers to behaving in a socially responsible way.  From dipping you scone in your teacup to who pours the tea, we are diving in and discussing it all. In order to discuss proper tea etiquette, it must be understood that there are two different types of tea traditions: Afternoon Tea and High Tea. Afternoon Tea and High Tea are often mistaken for one another because many people don’t know that they are completely different meals. In traditional British tea ceremonies, afternoon tea was understood as tea that is meant for the upper class whereas high tea was meant for the lower class. Nowadays, we distinguish the two by the times in which they are served and the food dishes that accompany the tea.

As we know it today, afternoon tea is traditionally served between 3 and 5pm. English afternoon teatime usually falls at 4pm, but in the US it is sometimes served as early as 2pm. Afternoon Tea can be credited by Anna Maria Russell, the seventh Duchess of Bedford. In 1840 during Anna’s reign as Duchess, she would become hungry in the mid-afternoon which is when her staff would serve her tea and light sandwiches to keep her full until dinnertime. This habit became a tea tradition in the United Kingdom and has since become a fashionable social event.

Afternoon tea has also been referred to as “low tea” because of the table setting at a low table, in contrast to high tea which is served at higher tables. It was a time meant for the upper class to enjoy tea paired with a lite bite to fill the gap between lunchtime and dinnertime. Some of the lite bites served at afternoon tea include bite-sized sandwiches, freshly baked scones, and delicate pastries. It is important to note that food should be eaten in order of savory to sweet; no dunking your scone into your tea cup!

High tea is offered in the early evening. Although high tea includes a more substantive fare when it comes to food, it is less fancy than afternoon tea as it was originally intended for people of the middle or lower classes. High tea is served at a dining table or high counter at the end of the workday. When the tea traditions were first started, afternoon tea was meant for the rich to enjoy while they go about their afternoon waiting for dinnertime. Afternoon tea was not an option to the working class as they were still working at that time and could not afford to spend several hours sipping tea during the workday. High tea is when the working class was expected to enjoy their tea as it was after the work day.

As mentioned earlier, high tea’s food menu was much more substantive than afternoon tea. Some items include: steak, kidney pie, pickled salmon, crumpets and potato to name a few. The reason that high tea was heartier was because this was essentially dinner for the people of the lower class. Whereas afternoon tea was just to hold people of the upper class over until their dinner which was usually around 8 pm.

Proper manners are also expected when attending both tea ceremonies. Proper manners include sipping your tea quietly, holding the teacup by the handle, and having your pinkie fingers down (yes, you read that right. Pinky’s are meant to be down!) Another expected rule includes keeping electronic devices away. There are also rules in place when it comes to tea and food.

The entire tea set should remain together. If someone asks for tea then the entire set should be passed to them. The saucer remains on the table and is not meant to be picked up while enjoying a cup of tea unless standing or sitting without a table. When adding anything to your tea, milk is expected to be added first. Do not over stir your tea. As previously noted, the order in which you eat your food is also important. Savory foods including bite-sized sandwiches should be consumed first, followed by scones, and saving the sweets for last. Food must be eaten with your hands, and a scone should be broken into smaller pieces before indulging. The handle of your teacup should be pointed a 3 o’clock if right handed and 9 o’clock if left handed.

While many use the terms afternoon tea and high tea interchangeably, it is important to know and understand the differences between the tea. Tea rooms are found all across the world and may differ in traditions. Read our post on Tea Rooms to Add to Your Bucket List to find a place near you today. 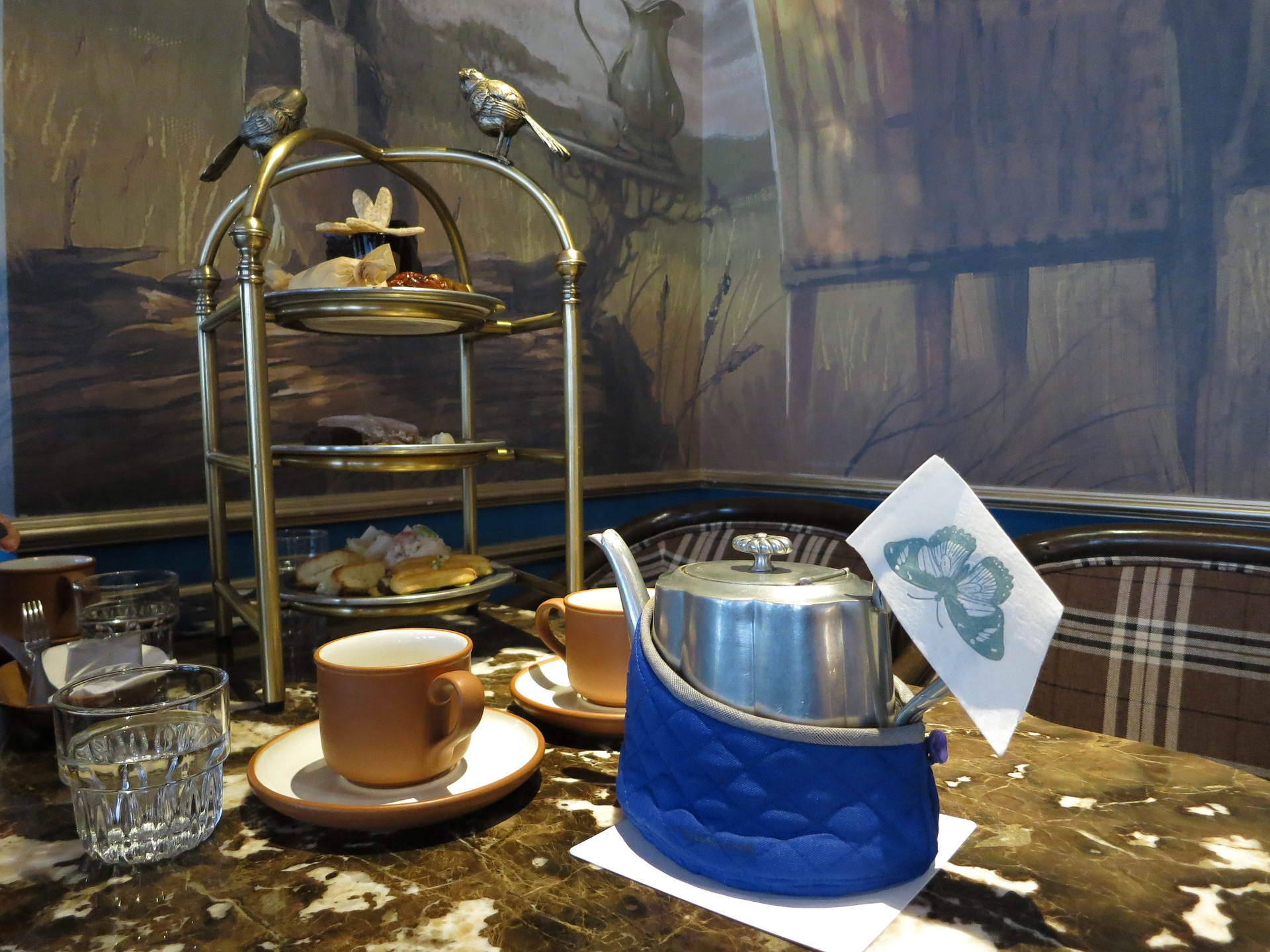