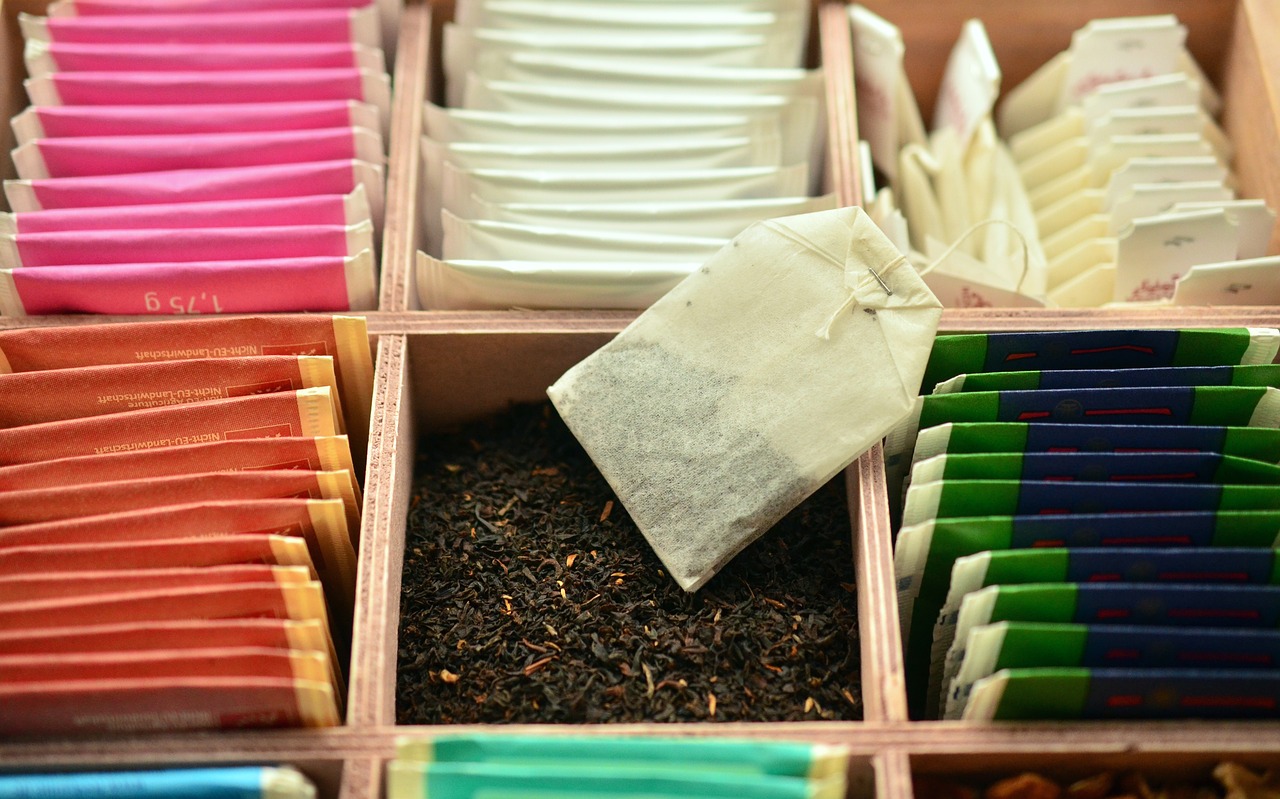 Although we can estimate how much caffeine will be in your cup of tea, determining this amount never comes down to an exact science. Many factors play into how much of a kick you can get from your daily brew. Caffeine occurs naturally in tea, but the content varies based on growing variances, manufacturing, steeping times and brewing conditions. So whether you’re looking to give yourself a boost for that late night study session or sip on a soothing blend before bed, check out our definitive ranking of tea based on caffeine level to know just how much you’re drinking:

If you want to relax with a toasty cup before bed, then herbal tea is definitely the way to go. Herbal teas are a great way to enjoy the benefits from tea’s antioxidants while avoiding the jittery feelings that often accompany caffeine intake. Herbal varieties are typically all-natural, made from various plant materials including the leaves, stems, roots and flowers from plants other than the Camellia Sinensis. Another benefit? Herbal teas don’t pose the risk of having addictive qualities, as is typically common with caffeinated beverages. However, if you’re still craving a little caffeine throughout the day, try substituting one cup a day with an herbal blend.

Now you’re probably wondering,”how and why is there any caffeine in decaffeinated tea anyways?” Well, it’s important to note that decaffeinated does not mean the same thing as caffeine-free. Decaffeinated tea typically refers to black or green tea that has had most of its natural caffeine removed through processes that involve either the soaking or filtration of the leaves. But rest assured, the amount is almost negligible – by law, decaf tea must have less than 2.5% of its original caffeine level. So go ahead and brew another cup, it won’t keep you up at night.

White teas are the least processed of all teas, releasing minimal amounts of caffeine from their leaves while giving off a very subtle and silky taste. Though typically lower in caffeine content than its more processed counterparts, there can still be a wide range. However, white teas are usually blended with different herbs which bring down the caffeine level. White tea is a good option at anytime of the day, boasting little to no negative side effects.

Green tea works as a great midday pick-me-up. Its moderately low caffeine level produces a very steady effect when consumed, causing no peaks or plunges. It is also considered an effective meditative aid, acting as a mild stimulant without causing any insomnia or jitters. The benefits of green tea are also numerous, so if you want to drink two or three servings a day, I’m not stopping you…

Oolong tea is halfway between green and black teas, both in caffeine and oxidation levels. It has the body and complexity of a black tea while still maintaining the brightness of a green tea, making it a favorite among tea connoisseurs. Its caffeine content is both healthy and palatable, so it can provide a nice boost without the risk of crashing later in the day.

Black tea is the strongest and most caffeinated of all the tea varieties. It acts as the perfect way to awaken your senses and kickstart your day. Chai tea is on the lower end of the caffeine spectrum while more processed blends can release higher levels. If you’re worried about too much caffeine, don’t stress; black tea still pales in comparison to the ridiculous caffeine content in coffee (just another reason why tea will always prevail).